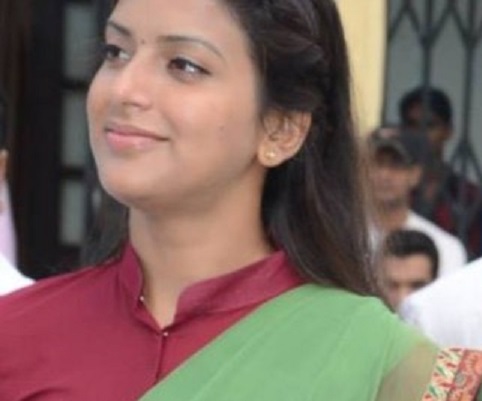 The new District Magistrate (DM) of Shiekhpura district of Bihar, Ms Inayat Khan who is widely regarded as an honest and upright officer, working tirelessly for the development of the society, has become a source of inspiration for modern Indian Muslim girls across the country.

She had cracked UPSC Civil Services Examination in 2011 and got the rank of 176 and secured IAS ranking along with Bihar Cadre.

Inayat is basically from Agra Uttar Pradesh. After completing her school education, she took admission in Anand Engineering College AEC, Agra. She completed B. Tech in 2007 with Electronics Engineering and started to work with a software consultancy company.

But after one year, she realized that she is getting no satisfaction from the current job. She resigned and came to Delhi for the preparation of Civil Services exam. She took a room at Gandhi Vihar, near Mukherji Nagar, quite close to Delhi University and started the preparation for the exam.

Inayat wrote the Civil Service exam first time in 2009. She qualified Prelims and Mains but could not find her name in the Interview list. Thereafter in 2010 she qualified the Gramin Bank exam but she did not join the job and moved to Delhi for the preparation of the Civil Service exam. Inayat cracked the prestigious exam in 2011 and secured IAS ranking and Bihar cadre. Bihar is adjacent to her home state UP.

The young IAS officer came to Bihar when she was just 25 years old. She came to limelight during her probation period when she was sent to field for 6 months training program.

It was the election year. She took notice that there was no excitement among rural people about the election. She wrote few plays about election and convinced many folk artists to enact her plays. She organized plays in the rural area and her hard work was well appreciated and she hogged the limelight of the media.

Then her first posting was as the BDO of Pandarak, Patna District. After that she was got transferred to Rajgir, where she worked as the SDO. Then she got transferred to Bhojpur District where she worked as a District Development Commissioner DDC. Here, she single handedly transformed the face of MNREGA project. This employment scheme was deemed as a failure in Bhojpur but Inayat ensured that people get the benefit of this social sector initiative. Her tireless and transparent work resulted in the huge increase in the completion of MNREGA project.

That is not enough, she was constantly working in a very praiseworthy manner. She is responsible for installing CCTV camera and bio matrix machine to register in and out the timing of the staff members in each circle offices of Bhojpur. She also use to go for inspection every now and then and catch officer who are negligent of their duties. Many a time she was seen parking her jeep and walking with officials for assessing the ongoing develop.

Inayat Khan’s, last posting was as Managing Director of the Bihar State Tourism Development Corporation (BSTDC). She variously focused on eco-tourism and rural tourism and even cruises on river Ganga. She is reported to have said that Bihar actually is gods own place. “We are rich in monuments, culture and heritage. Almost the entire Buddhist tourist circuit is here in places like Bodhgaya, Nalanda, Vaishali, Vikramsila and Rajgir. Among these, Bodhgaya alone gets five million plus visitors annually. We have Takht Sri Patna Sahib – the birthplace of the 10th guru of Sikhism, Guru Gobind Singh; Jain pilgrimage spots like Jalmandir in Pawapuri and several Hindu temples like the Janki Mandir at Sitamarhi,” she is reported to have said in an interview.

Every Indian Muslim should proud of officer like Inayat Kan. This dynamic officer is expected to reach greater heights of the glory of Civil Service Administration of India. She serves as a role model for the Muslim girls of our country. It is expected that more and more Muslim girls should take inspiration from Inyat Khan and aspire to join the Civil Services of India. 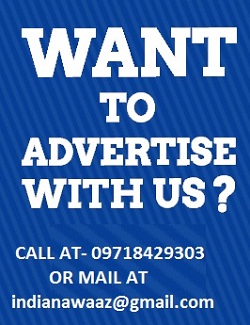 One thought on “Inayat Khan IAS, An Inspiration for Muslim Girls”

Death toll in novel coronavirus climbs to 2,345 in China; WHO team to visit Wuhan

Bhubaneswar India produced a near-perfect shoot-out performance to grab a bonus point in the second Match ...

Bajrang Punia reached the gold medal match along with three more Indians on the opening day of men's freestyle ...

Five IIITs to be Institution of National Importance

AMN / BERLIN India's External Affairs Minister Dr S Jaishankar has said that the medium of cinema has the ...