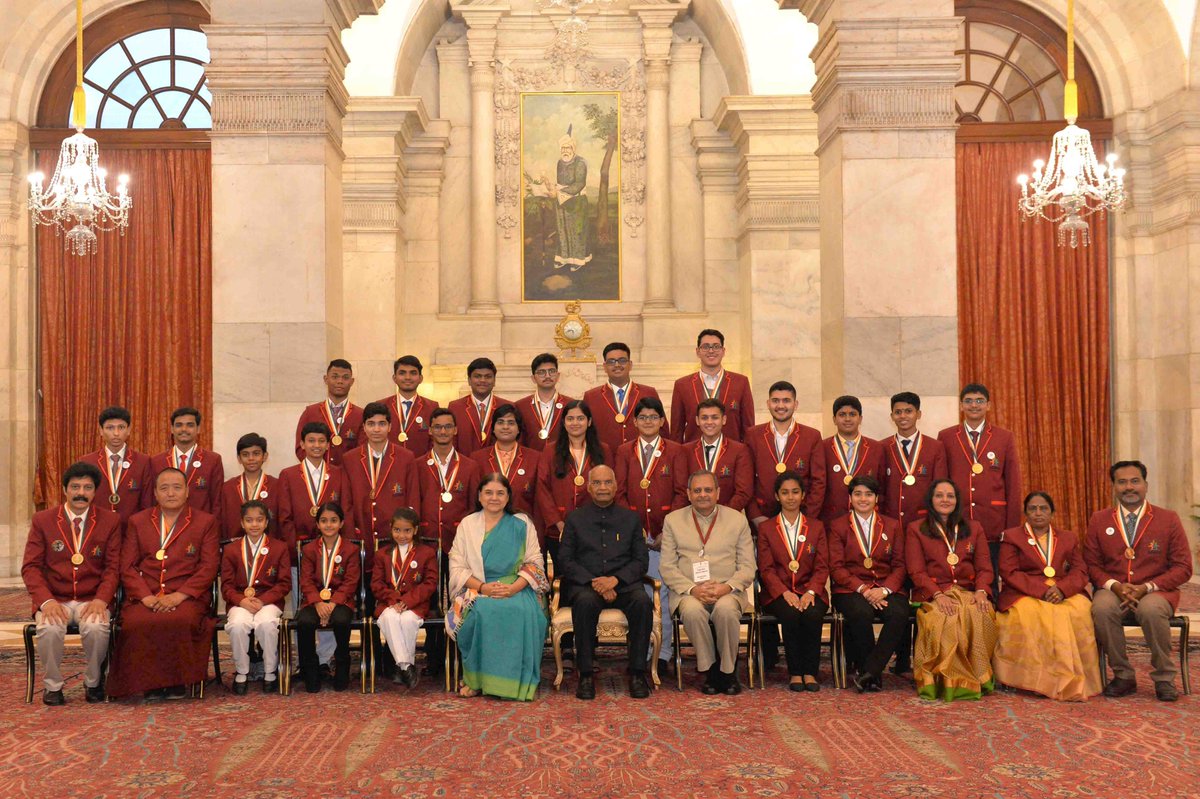 The Bal Shakti Puraskar was given to 26 children including one joint award for their exceptional achievements in the field of innovation, scholastic, sports, arts and culture, social service and bravery. Madhav Lavakare, Eiha Dixit, Shivangi Pathak, Nishant Dhankhar and Nikhil Jituri are among those children who received the award.

Two individuals and three institutions were awarded the Bal Kalyan Puraskar. The award under Bal Shakti Puraskar carries a cash prize of one lakh rupees, book vouchers worth ten thousand rupees, a certificate and a citation.

Women and Child Development Ministry revamped the scheme of National Awards for children in 2018 to include Bravery as an additional component in the Pradhan Mantri Rashtriya Bal Puraskar.

US President Trump tests negative in his second coronavirus test

Olympics will be postponed due to coronavirus outbreak: IOC member

Delhi: All students till class 8th to be promoted; online classes for class 12 to begin in April

Country will fail to contain coronavirus if lockdown not followed: Delhi CM Kejriwal

Pune Police ropes in start up, Cognigix to modernize cops

Filmi Tidbits: Sooryavanshi to be postponed amid Coronavirus

Entertainment Desk Akshay Kumar's Sooryavanshi, directed by Rohit Shetty is set for March 24 release for no ...

Ailing actor Irfan Khan is unlikely to sign any new film in the near future as want health break. Angrezi Medi ...

The United Nations General Assembly has unanimously adopted a resolution on COVID-19, calling for intensified ...

Centre directs all States/UTs to ensure operational continuity of media

MCB calls for Muslims including mosques to suspend congregational activities