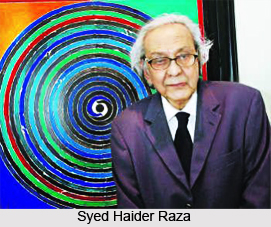 Modern Indian artist Sayed Haider Raza, has been conferred the highest French civilian honour, the Commandeur de la Legion d’ Honneur (the Legion of Honour) for his peerless achievements. To mark celebrations of the French National Day, the award was bestowed by ambassador Francois Richier at a function at the French Embassy, New Delhi, last evening.

The French honour was conferred on the 93-year-old artist in acknowledgment of his “peerless achievements transcending all boundaries”. Created in 1802 by Napoleon Bonaparte, the award is given for outstanding service to France, regardless of recipients’ nationality.

Olympics will be postponed due to coronavirus outbreak: IOC member

Delhi: All students till class 8th to be promoted; online classes for class 12 to begin in April

Country will fail to contain coronavirus if lockdown not followed: Delhi CM Kejriwal

Pune Police ropes in start up, Cognigix to modernize cops

Filmi Tidbits: Sooryavanshi to be postponed amid Coronavirus

Entertainment Desk Akshay Kumar's Sooryavanshi, directed by Rohit Shetty is set for March 24 release for no ...

Ailing actor Irfan Khan is unlikely to sign any new film in the near future as want health break. Angrezi Medi ...

No evidence of airborne transmission of COVID-19; 505 fresh cases reported

Spitting at public places should be avoided to contain spread of Coronavirus: ICMR Staff Reporter / New ...

Media should not be threatened in doing honest job: Press Club of India

Centre directs all States/UTs to ensure operational continuity of media

MCB calls for Muslims including mosques to suspend congregational activities